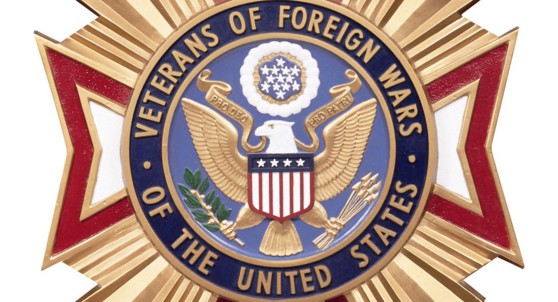 Leonard Post Jr. of Wanda Avenue Chekktowaga N.Y. was one of the first Walden area men to sacrifice his life in the invasion of Europe in World War II. He was inducted into the Army on February 25, 1943 and was assigned to the infantry. On June 12 ,1944, six days after the invasion began he was wounded in Normandy, France. On June 14, 1944, at the age of 20 he died of his wounds and was buried in the U.S. Military Cemetery at St. Laurent, France. On June 19, 1946 VFW National Headquarters granted a charter to the Pvt. Leonard Post Jr. Post 6251, Cheektowaga N.Y. His body was returned to the United States and funeral services were held on December 20, 1947 at St. John Gualberts Church. Burial was in the soldiers section at Forest Lawn Cemetery with full military honors provided by the post that bears his name. On April 13, 1948 the post was incorporated and registered with the State of New York, the corporation tasked with the finacial aspects of the business and the maintainance of the building and grounds. A Ladies Auxillary was chartered on October 22, 1950 and Dads of Foreign Service Veterans Post 203, chartered on September 20, 1962 also shares the post home.

The first meeting of Pvt. Leonard Post Jr. Post 6251 was in a back building on Walden Avenue and Ben Holtz was elected commander. The new organization struggled financially but dreamed of having a facility of their own. Fund raisers were the answer and bingo games were held at Liberty Park, Rescue Hose Co., Holly Hall in Buffalo and a building at Genesee and Baily in Buffalo. In addition the post sponsored field days at Walden and Gualbert with prizes of a refrigerator, TV, automatic washer and in one year a Chevrolet. When the vacant Cheektowaga School District #4 building on Walden Avenue came up for sale the post submitted the highest bid of $8,000.00 and bought it. Many volunteer hours were spent remodeling to turn it into a post home. Unfortunately the building was destroyed by fire on January 26, 1949 before one meeting was held there. A few years later a large monument dedicated to those who gave their lives for their country was erected by the post at Walden Avenue and Leonard Post Drive (formally Krakus Bvld) and was dedicated on May 30, 1953.

A few years later the post bought vacant land on new Walden near the Thruway. Ground for a new building at the site was broken on September 25, 1960. The cornerstone was put in place on November 22, 1960 and in 1961 the post held there first meeting at 2000 Walden Avenue. To make it work financially, again many hours of volunteer work went into the new building. This buiding served as the post headquarters for many years until the Walden Galleria Mall was being constructed. The Galleria needed the property the post was located on and bought the buiding and the post headquarters moved to 2450 Walden Avenue in 1988, our present location.

The building at 2450 Walden grew too big for our shirinking membership and was sold to Benderson Development in 2021. COVID-19 was maily responsible for our decision to sell. In June 2022 we moved into a leased building at 1822 Como Park Bvld. in the Village of Lancaster.